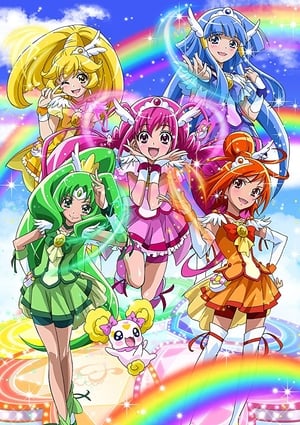 Smile Precure is a Japanese anime series and the ninth installment in Izumi Todo's Pretty Cure series. Produced by Toei Animation, the series is written by Shōji Yonemura, who is best known as the head writer of Glass Fleet and Kamen Rider Kabuto. The character designs were done by Toshie Kawamura, who previously worked on the character designs for Yes! PreCure 5. The series aired on TV Asahi's ANN network between February 5, 2012 and January 27, 2013, replacing Suite PreCure♪ in its initial timeslot, and is succeeded by Dokidoki! PreCure. A film was released in Japanese theatres on October 27, 2012. The series' main motif is fairy tales.