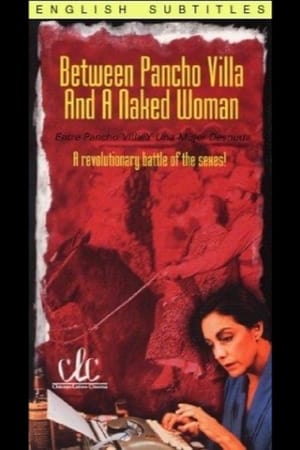 Between Pancho Villa and a Naked Woman

Gina is a modern business woman in her late forties, she has a lover named Adrian, who she sees once in a while just to have sex; they are both atracted to the historic figure of Pancho Villa, while he admires his power, she admires his virility. As Gina helps Adrian (who is a journalist) to write a book about Pancho Villa, she discovers the similarity between Villa's relation to women to that of Adrian and hers. She gets sick of only having sex, and when she decides to get married with him and have a baby, he escapes to buy cigarrettes and gets lost for three months. Gina forgets about him and gets a new boyfriend (half the age she is), and when Adrian tries to get her back and she refuses him and humiliates him, the one and only Pancho Villa appears as his machista conscience ready to do anything to get Gina back.